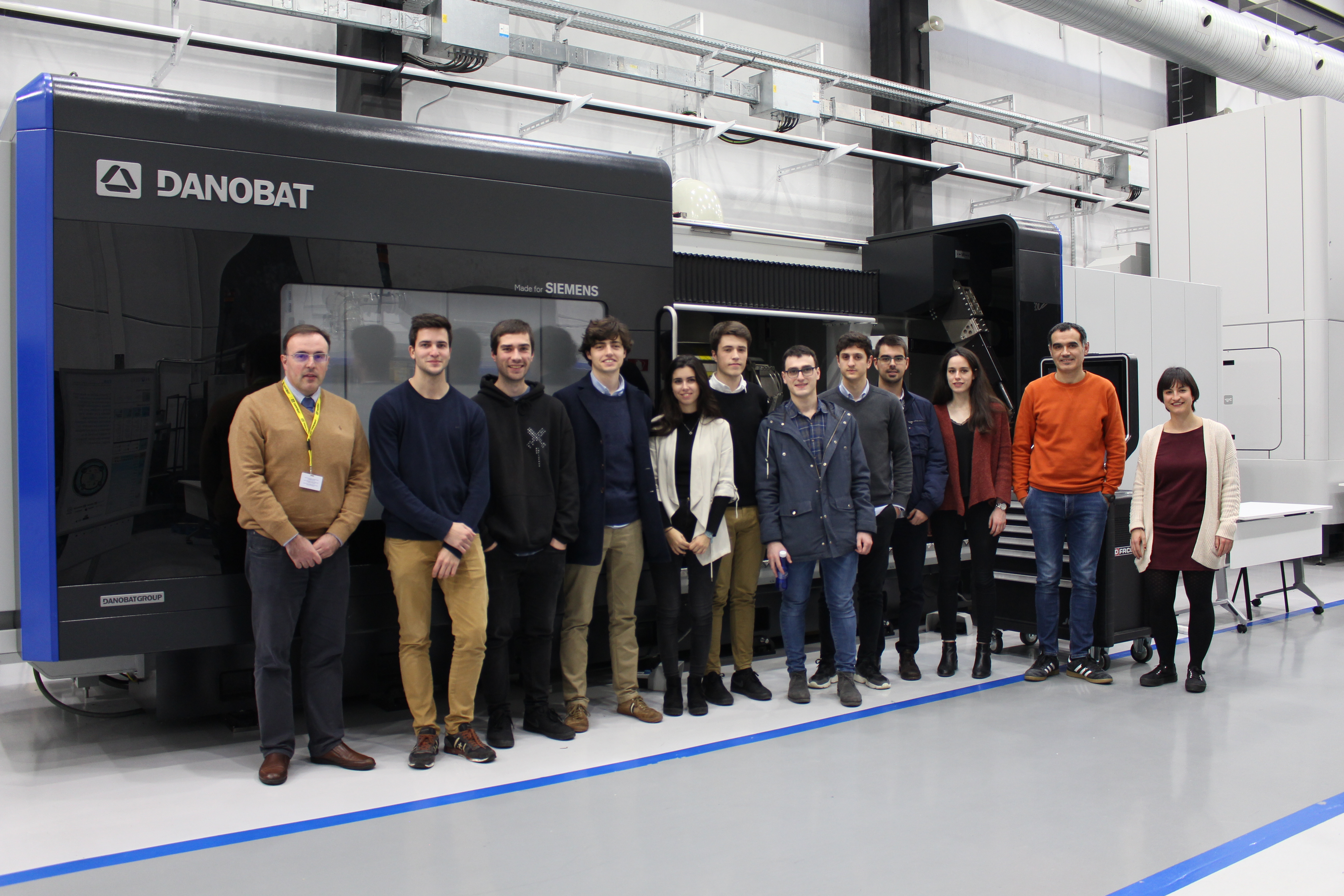 Technological innovation in the classroom: Danobatgroup awards a project designed by Tecnun students

With the aim of bringing the reality of real manufacturing environments closer to the educational community, this year Danobatgroup has awarded an innovation project applied to industrial manufacturing processes and developed by students of the Master´s Degree in Industrial Engineering at the School of Engineering of the University of Navarra Tecnun.

For this year’s award, several groups of participants were given the task to design a precision machine tool for grinding railway axles in an industry 4.0 automated environment.

Specifically, the students were faced with the challenge to design and dimension the machine taking into account factors such as a production of 12,000 axles per year, integration of the solution in an automated space, and a workpiece load and unload station.

The award was given to the team made up of Paul Eizmendi, Ainhoa Taboada, Eric Roig and Juan Carlos Retegui, who met the following criteria, amongst others: rigour in calculations affecting both accuracy and productivity, analysis of machine errors, known as error budgeting, etc.

The jury of the awards also took into account the quality of the presentations of the solutions, which took place on February 19 at the headquarters of the group, in the town of Elgoibar.

"The originality of the project, the argumentation and rigour of the calculations and the quality of the technical report, with plenty of diagrams, graphics and illustrations on the operation of the solution in a 4.0 environment were the elements that we took into account to decide on the winning team," said the president of the jury Harkaitz Urreta.

In preparation for the project, the students of the Tecnun Master were given practical and theoretical classes on precision concepts and 4.0 technologies at the IDEKO research centre, the innovation engine of Danobatgroup.

During this training, which took place in December, the students attended a theoretical session on the concepts of precision by the head of IDEKO´s Precision Design and Engineering research group, Harkaitz Urreta, in addition to participating in the presentation of a case study.

Likewise, the researcher of the ICT and Automation group, Elena Urkia, offered training on the latest developments and advances in 4.0. technologies and industrial digitalisation carried out in the research group.

The session, which also included visits to the Digital Grinding Innovation Hub (DGIH), located in IDEKO, and to the grinding machine assembly plants, served to exchange points of view, find out first-hand about the group´s concerns and doubts, and strengthen the ties between the academic world and the professional world.

The aim of the awards, which follow the agreement reached by Danobatgroup and Tecnun in December 2015, is to strengthen ties with the university community and facilitate the transfer of knowledge acquired at universities and postgraduate schools to real manufacturing environments.

In addition to organising the awards and training, the collaboration between Tecnun and Danobatgroup extends to other initiatives such as the Employment Forum, which will be held at the Engineering School´s facilities on 27 and 28 February and where Danobatgroup will also be present.