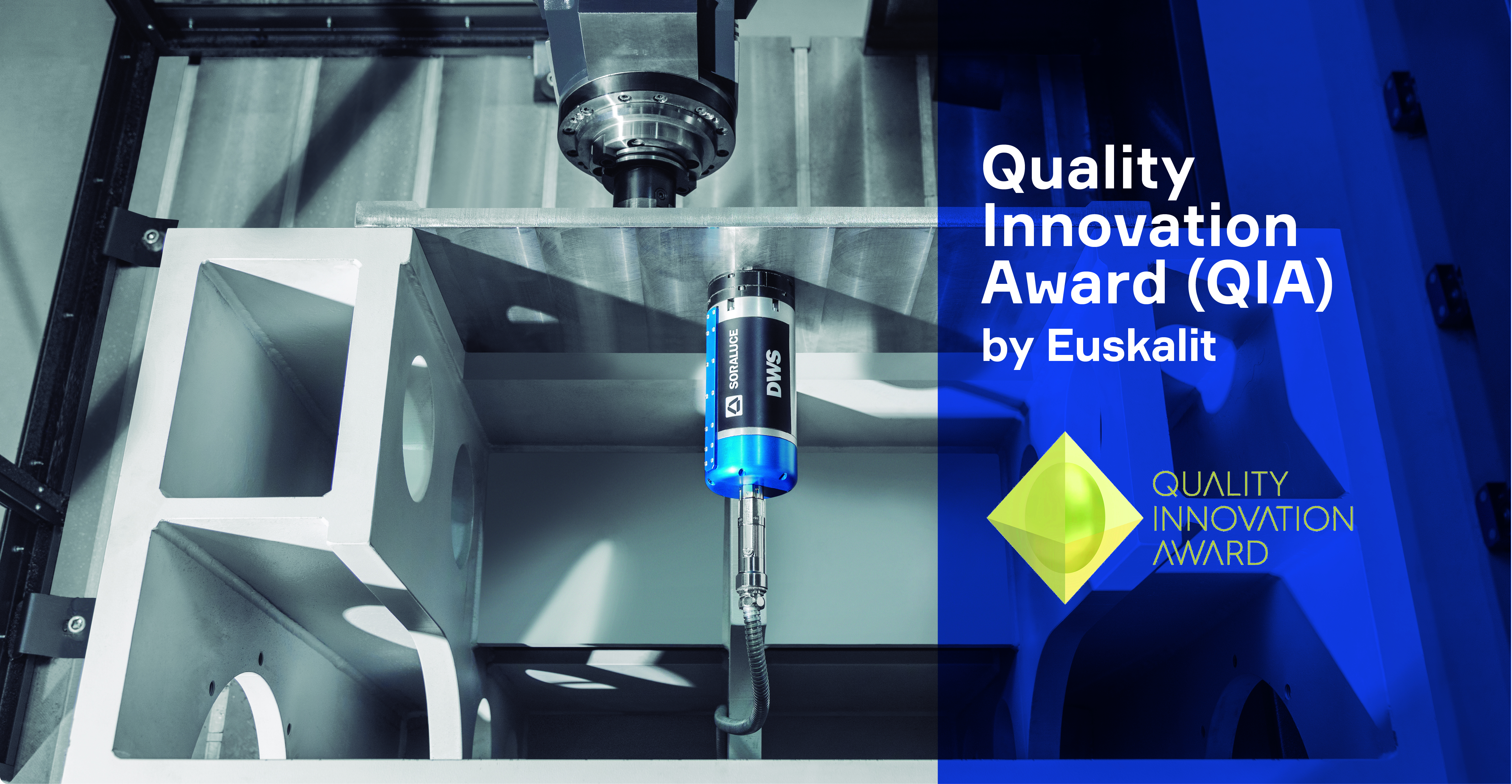 Soraluce wins the Quality Innovation Award in the Basque country

The machine-tool manufacturer Soraluce has been recognised with the Quality Innovation Award in the Basque country round, for its development of the Dynamic Workpiece Stabiliser (Soraluce DWS) , an innovative system for the elimination of vibrations in flexible machining processes.

The firm, which has its headquarters in Bergara, won in the large company category for this advanced active damping device, aimed at the suppression of chatter.

The jury indicated that the innovation presented by Solurace stood out well in the five areas that are evaluated in the awards: innovation, usefulness, learning, customer orientation and effectiveness.
"This prize recognises our commitment to excellence and technological development and consolidates Soraluce´s prestige as a leading company in milling technology, we are orientated towards responding to the needs of customers and are capable of innovating to address the challenges of the industrial manufacturing sector" said Soraluce´s managing director, Rafael Idigoras.

The Quality Innovation of the Year awards were created in Finland in 2007 by the entity Excellence Finland, with the aim of stimulating the emergence and development of innovative solutions in the area of products, processes and organisational models.

Since then, quality, excellence and innovation promotion entities from other parts of the world such as Estonia, Hungary, Israel, Kazakhstan, Lithuania, Latvia, the Czech Republic, Switzerland, Spain, China and Russia have joined the award organising committee. Thus, the awards have become a global competition which has an international round and different preliminary stages in countries and territories.

The team responsible for the awards in the Basque country is the Basque foundation for excellence Euskalit, which has the collaboration of the Unibasq and Innobasque entities.

In addition to local recognition, the Basque firm has qualified as a finalist in the international round of the same awards, which will be presented in Belgrade on 4 February next year.

The award is also a recognition of the track record of innovation of the Danobatgroup, the industrial group to which the company from Gipuzkoa belongs.

A device for guaranteeing excellent results

The Soraluce DWS is a system for the elimination of chatter that is generated during machining of flexible parts, which consists of a controller and several inertial actuators that are placed on the workpiece to be machined.

One of the main benefits of the development is the improvement of the surface finish in the areas where the workpiece is most flexible, as well as the possibility of increasing productivity, as it allows deeper cutting passes without vibration problems. The simplicity of use, adaptability to different workpieces and portability are further advantages offered by this device.

The system, a pioneering development on the market, offers an effective solution to problems associated with machining of thin parts that improves on the traditional alternatives, such as the design of very costly special tools, or the use of more uncertain solutions that are less effective.

Soraluce, together with its innovation partner, the IDEKO research centre, has an extensive track record in the development of solutions for the dynamic control of machines and the elimination of self-excited vibrations or chatter during machining processes.

The Soloruce developments in this field allow the cutting capacity of the equipment to be increased and raise the efficiency of the manufacturing processes.

In 2005, the company was awarded the International Quality Innovation prize.
An award for its innovative DAS® system, another active damping solution that reduces the risk of the appearance of chatter during the machining process and improves the cutting capacity of machines by up to 300%.