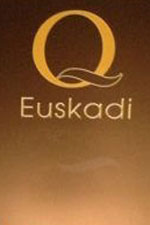 21-12-2012
SORALUCE received the Gold Q - Basque Quality Award for Management Quality on the 18 December, an award which recognises the most advanced organisations in terms of their management excellence, focussed on customer satisfaction, personal satisfaction and the satisfaction of society in general. At a Gala attended by over 1,000 people, presided over by the Basque Government Council for Economic Development and Competitiveness, Arantza Tapia and President of EUSKALIT, and Assistant Managing Director of Mutualia, Ignacio Lekunberri, the award was received by Rafael Idigoras, Managing Director of SORALUCE. The award means the Guipuzkoa cooperative has achieved a new and important company milestone in 2012, the year of its 50 Anniversary. The organisation employs the EFQM Excellence model as a basis for evaluating and improving its management system, and is a worthy winner having accredited its level of excellence following a global and systematic analysis of its management by the EUSKALIT Evaluators Club, comprised of independent experts from outside the organisation whose analysis offers an objective vision of its situation. It had previously achieved Silver Q recognition in 2002.