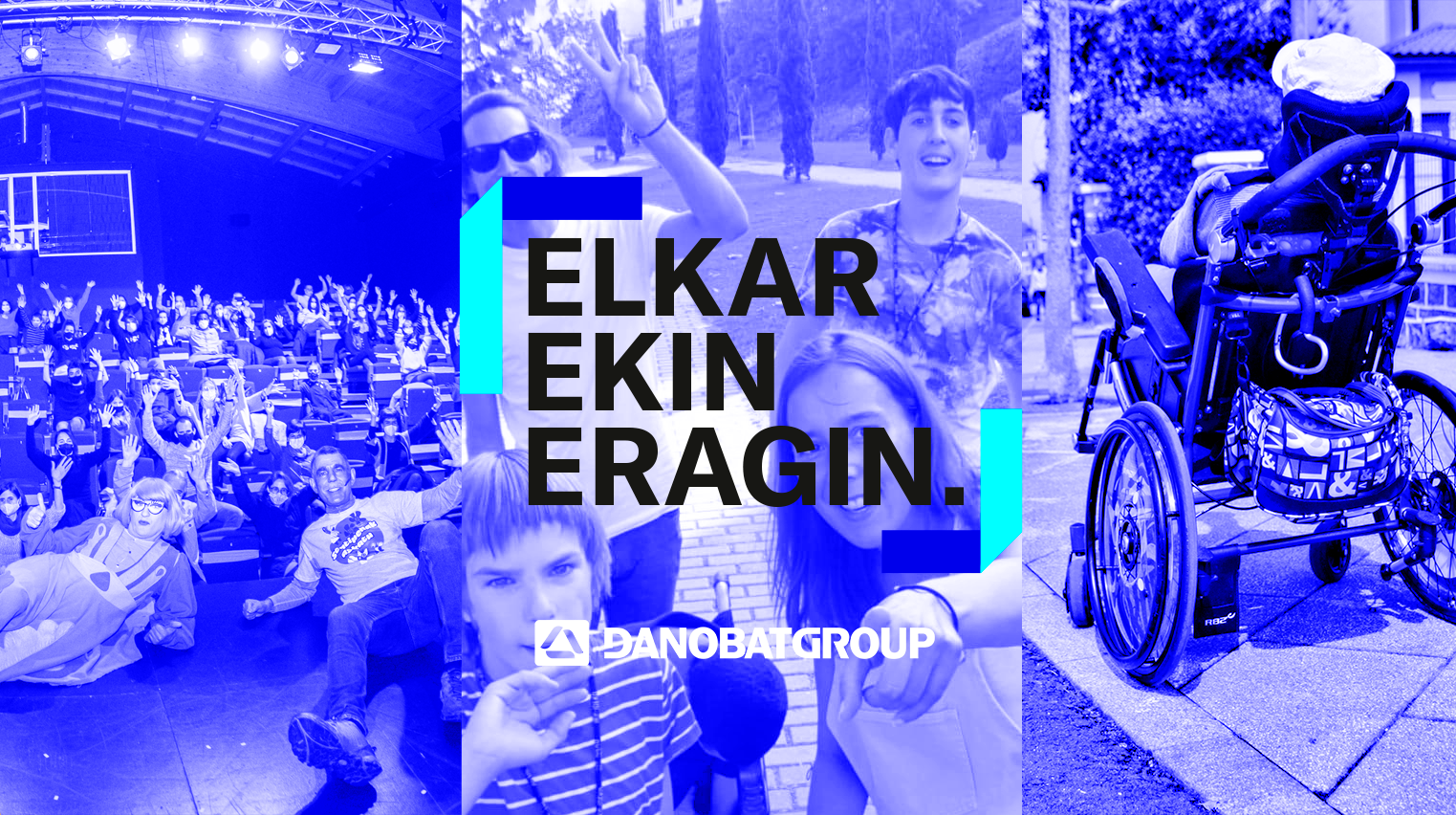 Promoting social inclusion, researching new therapies for neurodegenerative diseases and creating new infrastructures for families and people with disorders in the line of autism are the pillars of Danobatgroup ´s second edition of the Elkarrekin Eragin social cooperation programme, an initiative  the industrial group is supporting with €600,000 over the next three years.

"Elkarrekin Eragin" is a collaborative project launched by the Danobatgroup in 2018 with the aim of increasing the social commitment of the group and supporting the development of partnership projects through active worker participation.

This programme, which was launched for a second time this year, was open to proposals from the workers of the industrial group for projects that, in their opinion, should receive the aid. After evaluating the proposals, the finalist project selection was chosen, which, in the end, was put to an open vote of all the workers.

The projects that were eventually chosen in this second edition of the programme, were two social inclusion and solidarity promotion projects and one of wellness and health.  Specifically, the following activities will be supported: the promotion of the solidarity of the Bizipoza organization, the refurbishment works of the Santa Clara Convent in Elgoibar, to adapt it to the needs of the Gipuzkoa Society for Autism (GAUTENA) and the financing of a clinical test for advancing the development of new therapies against neurodegenerative diseases from the  Walk on Project (WOP) entity. These three entities will receive €600,000 over the next three years to meet the objectives of the selected initiatives.

This is the second time that Danobatgroup has collaborated with Bizipoza and WOP within the "Elkarrekin Eragin" framework, as these same entities were chosen by the workers for the first edition of the programme. The organisation GAUTENA is new in the list of the beneficiaries of the Danobatgroup programme.

“The second edition of "Elkarrekin Eragin" confirms the maturity of a programme that was originally conceived to promote the involvement of the group’s workers in the social transformation initiatives. For Danobatgroup, commitment to its nearby area of influence forms part of its corporate DNA. Through this programme, we want to contribute to the socio-economic development of our community through collaboration in projects that make a difference. What’s more, we want to this with the enthusiasm and participation of people that form part of our organisation”, said the president of Danobatgroup, Andrés Mazkiaran.

Social inclusion, health research and a new home for Gautena

Bizipoza is a group of 35 associations that work to ensure the well-being of families with special needs, and with the support of "Elkarrekin Eragin" will draw up an educational guide for the creation of teaching units aimed both at formal and non-formal education, in fields such as culture and free time. The aim of this guide will be to reinforce awareness of different socio-economic realities and move forward in the construction of an inclusive society.

In addition to the guide, the entity will implement the“Local Volunteering: BIZIPOZA KM0” initiative, a project that seeks to boost local solidarity and the creation of networks between education and cultural players, in which collaboration with public institutions and society as a whole is facilitated.

The WOP project selected this year is a continuation of the initiative that started in the previous edition of "Elkarrekin Eragin" and consists of making progress in the study of neurodegenerative diseases. Specifically, the financial contribution made by Danobatgroup to this organisation will be used to carry out clinical tests of a new therapy based on stem cells against infantile leukodystrophy.

Moreover, the group´s collaboration will be used to promote the WOP activities aimed at improving knowledge and awareness of neurodegenerative diseases.

The third initiative selected for receiving funds from "Elkarrekin Eragin" is the renovation work of the Santa Clara Convent in Elgoibar, which has been donated by the Town Hall to the Gipuzkoa Society for Autism  (GAUTENA). The aim of these works is to improve the services that the entity offers in the Deba valley.

The project intends to adapt the convent facilities to give the families a larger and more suitable space for organising the carer respite programmes of the Association, to convert the facilities into a connection point between the entity and the families in the region and offer older people that are in day care centres a large green space to enjoy the existing programs for them.

The second edition of the "Elkarrekin Eragin" programme continues a programme created in 2018 to consolidate the commitment of the group to social transformation and to increase the participation of its workers. During the first edition, the group dedicated €552,000 euros to this purpose.

In addition to "Elkarrekin Eragin", the industrial group, which has one of its company principles the social transformation, has supported other initiatives of social and cultural nature.  Since the very beginning, Danobatgroup has sought to have an influence on the region in terms of employment, wealth and well-being, social cohesion, economic progress and the promotion of the Basque language and culture.

The cooperatives that make up the group devote 10% of their net profits to the Cooperative Promotion funds and other public interest ends (COFIP). Specifically, they collaborate with associations, organisations and initiatives of a social and cultural character such as the Red Cross, Lurgaia and Mundukide, among others.