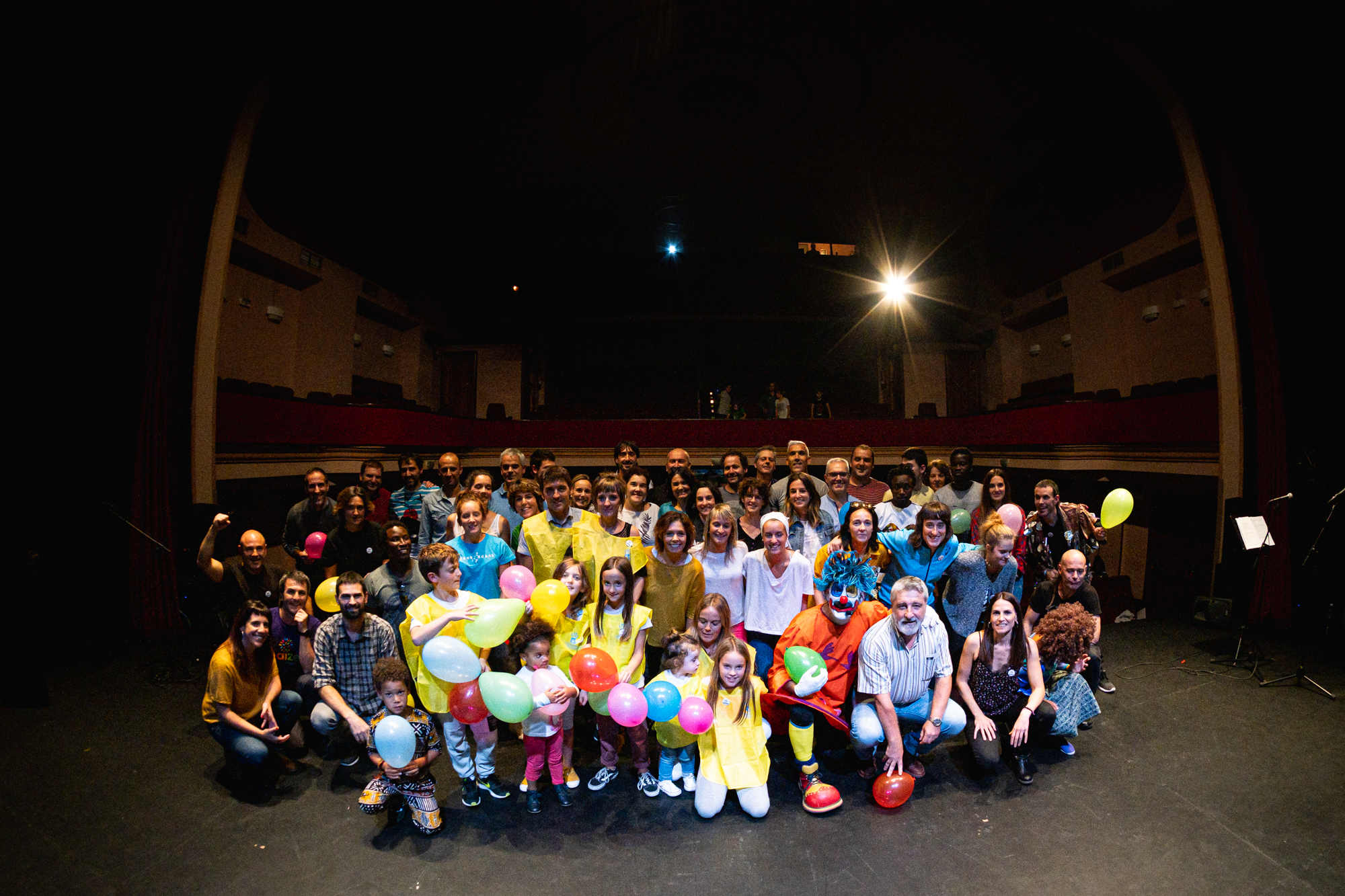 A transmedia project to create a more tolerant society of diversity

The mission of the non-profit organization Bizipoza is to create a more inclusive society that guarantees the rights of people with disabilities or who are at risk of discrimination, and as such has created a transmedia project that seeks to transmit the activity of the organisation and promote values such as solidarity, empathy, tolerance and respect for diversity.

The initiative, which has been supported by Danobatgroup through its Elkarrekin Eragin programme, pursues the objective of raising awareness of what the Bizipoza Association and its 35 member associations are all about.

The first axis of this project is an 18-minute documentary entitled Gure Bizipoza, guztiona, “Our joie de vivre for everyone”, that stresses the need to build an inclusive society, in which there is no discrimination of people who are different, because they have some kind of disability or because of their gender or origins.

The documentary, shot in Basque by the production company Arena, premiered yesterday at the Municipal Theatre of Elgoibar. will be shown in the next couple of weeks in cities such as Donostia, Vitoria, Bilbao, Pamplona and Hazparne. After the public presentation, the documentary will be disseminated through the entity´s website (www.bizipoza.eus), which has recently been renovated. Showing times and places and a trailer will also be available on the website.

The second axis of this project is a web documentary formed by short videos in which the activity of each member association of Bizipoza is explained. These micro-documentaries will be disseminated through a website created for this purpose, which will be presented in the coming weeks and will function as an interactive audiovisual tapestry in which the viewer can choose the content they see.

The economic contribution of the industrial group to this transmedia project has been key to its elaboration. "Without the contribution of Danobatgroup, this project would not have been possible", claims the team responsible for making this work, which is an important means of disseminating and documenting the social reality of some groups in the Basque Country.

The group´s support for the production of the two audiovisual products is part of Danobatgroup´s commitment to the social transformation of the surrounding environment. Specifically, this project is part of the Elkarrekin Eragin campaign, a participatory programme in which the workers of the cooperatives of the group have made proposals for cooperation programmes.

Apart from the collaboration with Bizipoza, the workers selected two other cooperation projects: a research project promoted by the Spanish Association Against Cancer, which seeks to develop a test that allows a rapid diagnosis of prostate cancer, and research into new therapies against neurodegenerative diseases by The Walk On Project Foundation.