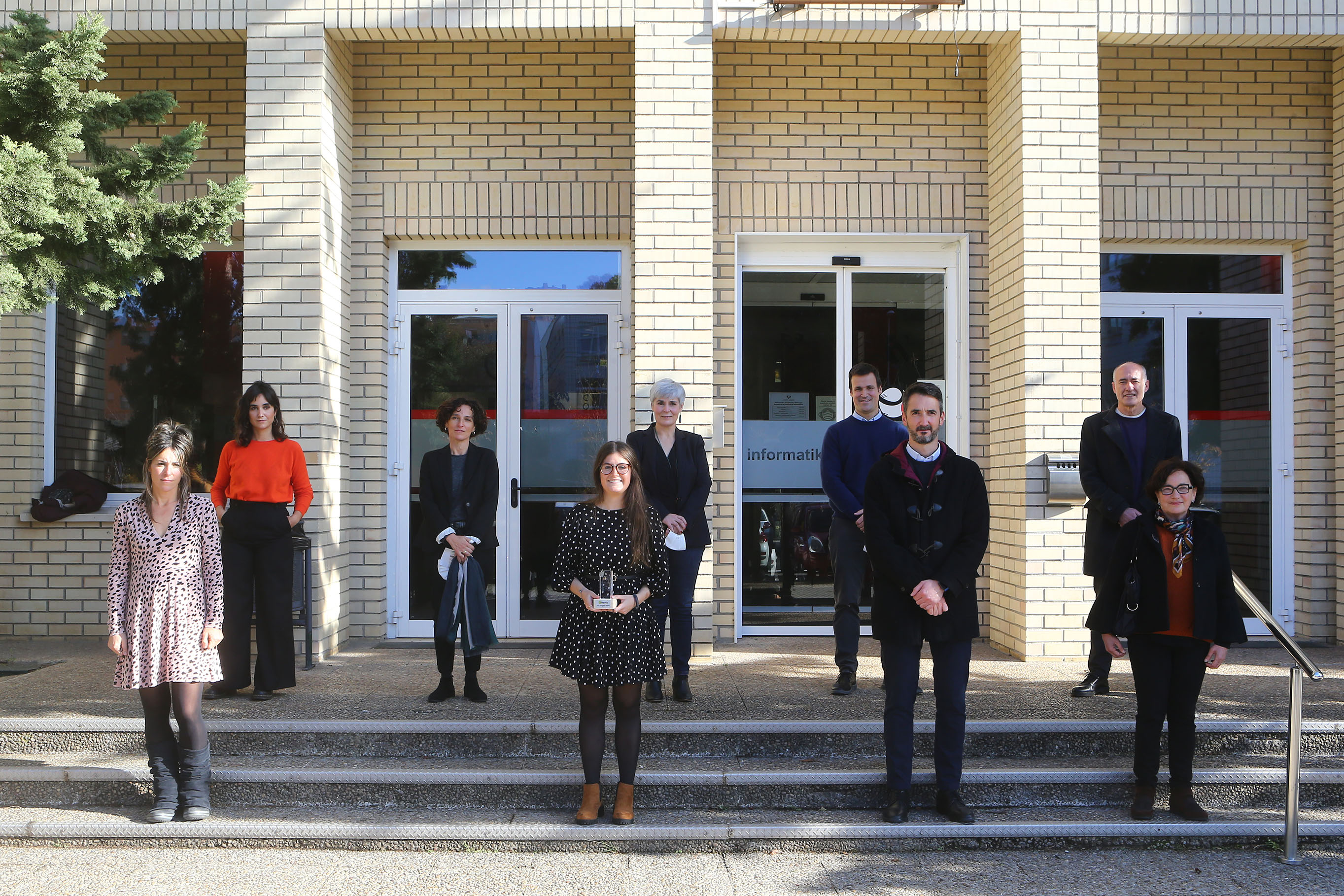 Within this commitment to equal opportunities and the development of human capital, Danobatgroup had a prominent presence at the Gladys prize ceremony. An award ceremony that is being held for the first time this year, with the aim of recognising the work of professional women in the digital environment and promoting the creation of role models for young people within the field of computing.

The director of Social Management of the industrial group, Iker Usabiaga, was present at the award ceremony, which went to the 26-year-old computer engineer from San Sebastian, Ane Iturzaeta, and was held yesterday in the Ada Lovelace room of the IT Faculty of the UPV/EHU Basque University.

The machine tool manufacturer participated as a collaborative entity in this award, which serves to promote access by women to scientific and technological careers.

In addition to the collaboration of Danobatgroup, the Gladys prize, promoted by the PuntuEUS (dot.com eus) Foundation and the UPV/EHU University of the Basque Country, was sponsored by the Body for Equality of the Gipuzkoa Provincial Government.

A track record noted for dissemination

Despite her youth, the winner of the first Gladys prize has had a professional career noted for scientific dissemination.  Iturzaeta studied Computer Engineering and a Double Degree in Administration and Company Management at the University of Deusto and is currently a Customer Engineer at Microsoft.

The award winner has participated in visibility initiatives for the contribution of women to science such as the #MakeWhatsNext initiative, and has been an ambassador of the UPV/EHU´s Science Project, mentor of the winners of the WONNOW (STEAM) and guest lecturer in different university studies.

The patronage secretary of the PuntuEUS Foundation, Iratxe Esnaola, the lecturer of the Computer Faculty of the UPV-EHU Elena Lazkano and Paz Cendoya, who was a colleague of Gladys del Estal - the computer engineer shot and killed by the Guardia Civil during a demonstration who the prize is named after - made up the award jury. The three experts noted the motivation of Iturzaeta, the diversity of her career and her vocation for information dissemination among young people.

The Gladys prize is open to the participation of women from any area related to the digital environment and under 40 years old. It is a homage to the computer engineer Gladys del Estal, an environmental activist against nuclear energy, who was killed in 1979 while taking part in an environmental protest in Tudela.

Danobatgroup´s support of these awards is added to its participation in other initiatives, such as patronage of the Ada Byron prizes, organised by the University of Deusto, with the aim of making the presence of women in the technology area more visible, promoting scientific careers and providing female role models in the STEM area.

With a track record of 65 years in the field of industrial manufacturing, DANOBATGROUP has a workforce made up of more than 1300 highly qualified people. The group is an international benchmark in the machine tool sector and advanced production systems.