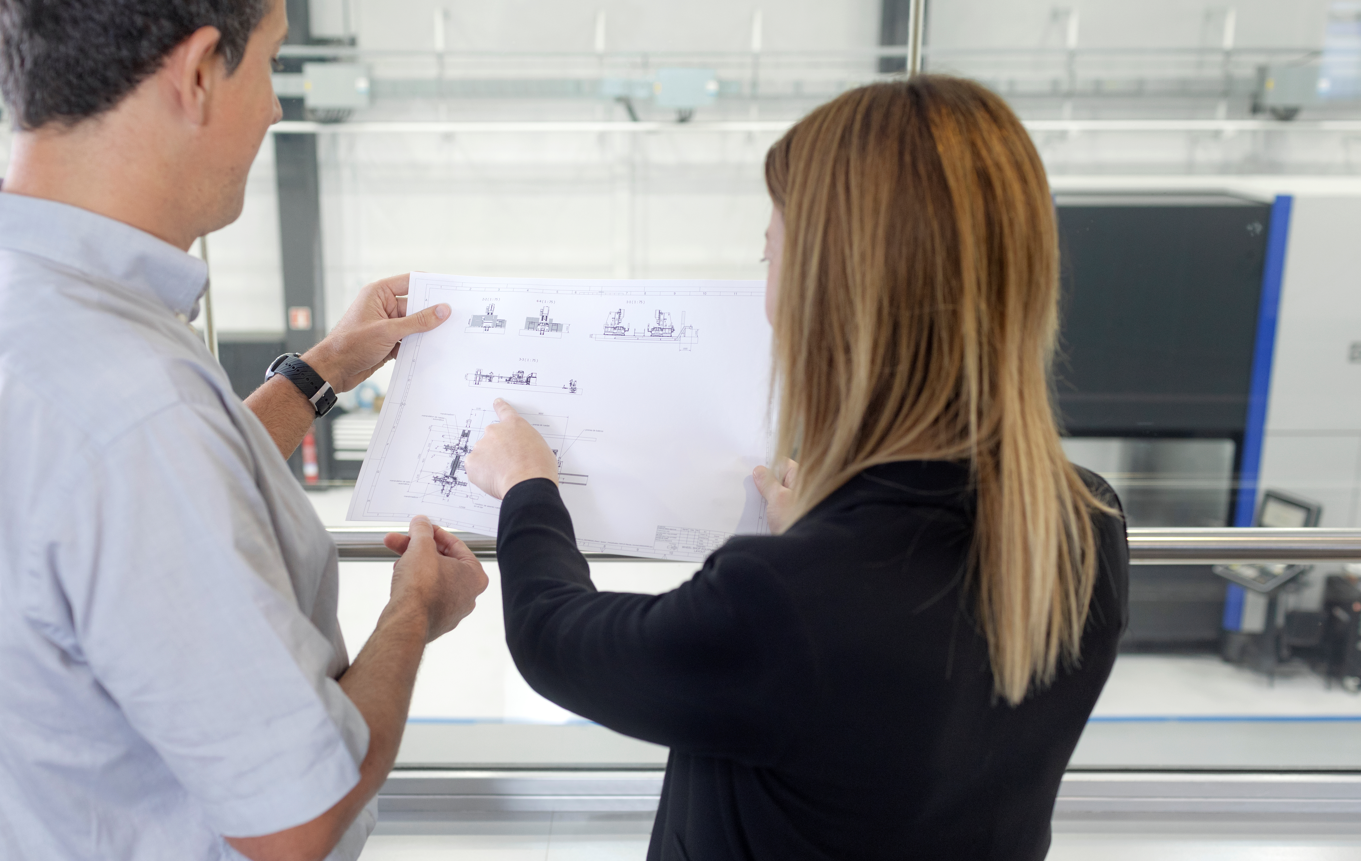 The process of digitisation of productive environments and the challenges of smart factories demand new professional profiles that combine multidisciplinary scientific and technological knowledge within the STEM (Science, Technology, Engineering and Mathematics) field.

The industrial group Danobatgroup considers its staff as a strategic pillar, and as such, it is intent on anticipating the needs of the manufacturing industry through fostering scientific and technological vocations among the younger generation, especially women and girls.

With this in mind, the group is involved in various projects aimed at boosting the creation of vocations and STEM references, to make visible the contribution of women in the scientific and technological fields and to create references that can serve as an inspiration for the youth.

Specifically, the manufacturer of machine tools and advanced production systems participates in the STEAMsare program, a network of schools, companies and scientific and technological stakeholders that promote education in STEM areas in the Basque Country.

This project, promoted by the Department of Education of the Basque Government with the collaboration of Innobasque, seeks to bring students closer to a positive and diverse image of scientific and technological professions, as well as give a realistic look at professional opportunities linked to knowledge of subjects such as mathematics or technology in the Basque industrial fabric. The program also aims to inspire vocations in the STEM field, with special attention to female students. DanobatGroup has been part of this network as a partner since 2020.

Creativity and autonomy to approach science

Another project the group was involved in to awaken scientific and technological vocations since 2018 is Bizilabe, a research centre under the auspices of Elhuyar and aimed at young people between the ages of 10 and 19. In this project, the participants are encouraged to develop theories and experiments outside the rigidity of the school program, promoting autonomy, creativity and independence to arouse enthusiasm for science and technology in the early ages.

This initiative is implemented by town halls and Danobatgroup has collaborated in its promotion in the Gipuzkoa towns of Soraluce and Elgoibar, close to where the group’s main production plants are located.

The group also supports this project financially. Moreover, female STEM ambassadors from the group will visit schools to share their experience in the technological field, offering themselves as mentors in a set of activities.

Hand in hand with the education sector

The machine tool manufacturer also collaborates with the ZTIM HUB initiative, a project led by a Mondragon Goi EskolPoliteknikoa and Huhezi, which started last year and is taking its first steps with a first pilot in the Upper Deba area (Gipuzkoa).

ZTIM HUB aims to foster STEM vocations through cooperation between the business fabric and the education sector with the aim of creating spaces for science, engineering, technology and mathematics for students and teachers.

To achieve this, the initiative organises school visits to companies and talks given by experts of these companies in schools, among other activities.

In this era marked by the pandemic and social distancing, ZTIM HUB has also created audiovisual material with testimonies from young workers and women professionals in the scientific and technological field who talk about the challenges of their profession and the importance of the machine tool sector for the economic and industrial development of the Basque Country.

In addition to its participation in these projects, Danobatgroup is committed to equal opportunities for men and women and supports various initiatives to make women´s presence in the industrial field visible and to provide female references in technological careers such as the sponsorship of the Ada Byron Awards, organised by the University of Deusto, or the Gladys awards, which recognise Basque women working in the digital environment.

With a track record of 65 years in the field of industrial manufacturing, Danobatgroup has a workforce made up of more than 1300 highly qualified people. The group is an international benchmark in the machine tool and advanced production systems sectors.