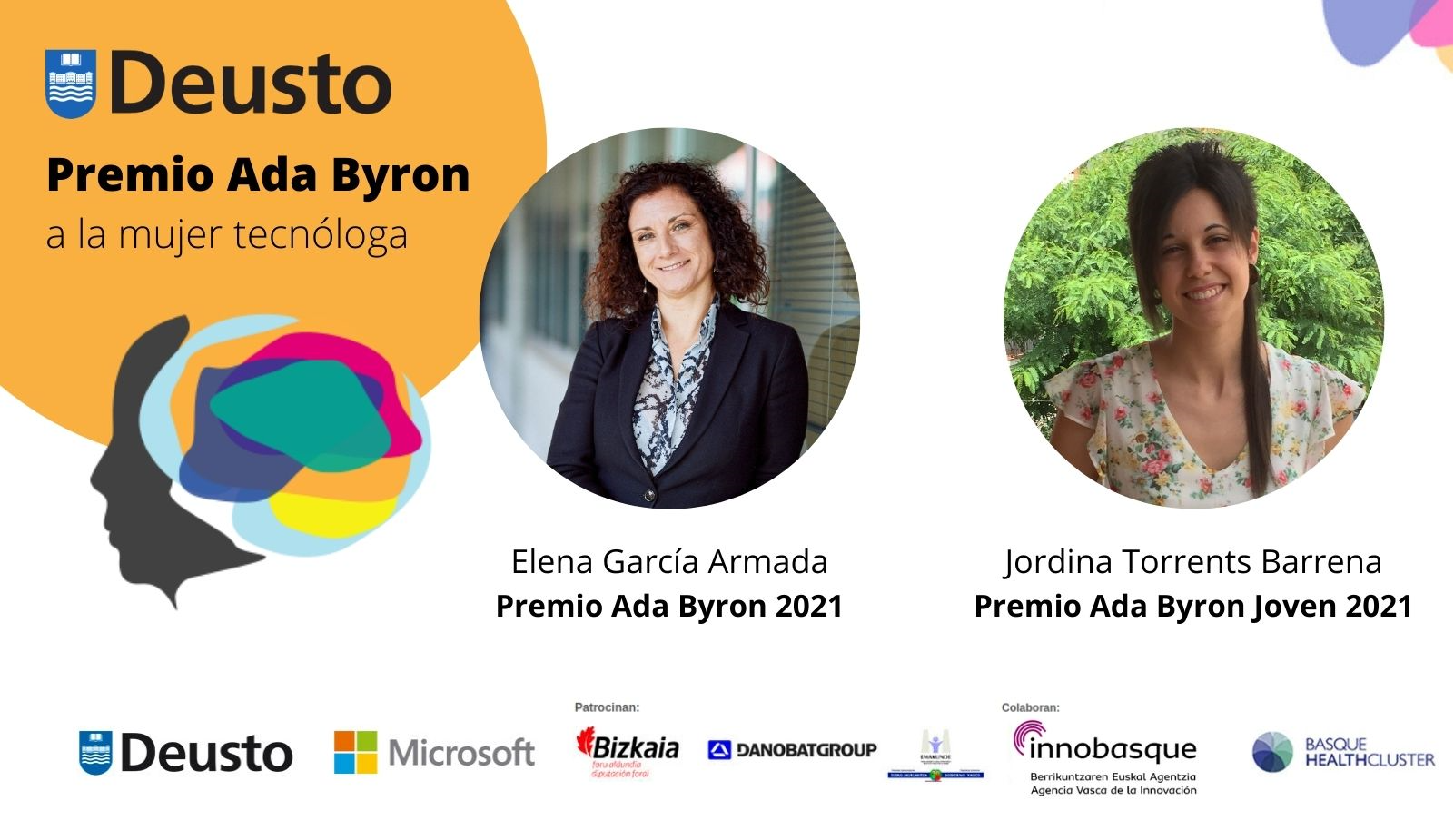 As part of its commitment to promoting female scientific talent, Danobatgroup will once again be present at this year´s Ada Byron Award for Female Technologist, which this year went to the CSIC researcher Elena García Armadam. The ceremony of the eighth edition of the awards, given annually by the Faculty of Engineering of the University of Deusto, is being held this morning in the auditorium of the university centre.

Nerea Aranguren, the Director of Innovation of the machine tool manufacturer, will attend the award ceremony after having been a member of the jury for these awards, which aim to encourage female vocations in the field of research and technological development.

Danobatgroup is one of the sponsors of the awards together with companies and organisations such as Microsoft, the Provincial Council of Bizkaia and Emakunde, the Basque Institute for Women. The event is also supported by Innobasque and Basque Health Cluster.

“Encouraging women´s access to scientific, technological and research careers is key for the sustainability of the industrial sector, for the competitiveness of the production system and for the promotion of innovation”, says the Director of Innovation of the Danobatgroup.

Pioneering work in the development of exoskeletons for children

The Ada Byron Awards for Women Technologists 2021 have recognised the pioneering work in the development of exoskeletons for children done by Elena García Armadam, who holds a PhD in Industrial Engineering, and is a scientific researcher at the CSIC and president of Marsi Bionics.

Winner of the main Ada Byron 2021 award, with more than 100 published scientific papers, Armadam´s research work has resulted in eight patents internationally. In 2013, she founded the company Marsi Bionics, which dedicates a large part of its activity to technology transfer.

The great scientific-technical and social impact of his work is recognised by 40 prizes awarded by prestigious institutions. She sits on the jury for the Princess of Asturias Awards for Technical and Scientific Research, the National Technology Transfer Award and the Strategic Committee of the Women and Engineering Programme of the Royal Academy of Engineering, among others.

Jordina Torrents Barrena from Catalonia will receive the Ada Byron Youth Award today. With a PhD in 2019 from the Pompeu Fabra University in the field of artificial intelligence, machine learning and medical imaging, and a degree in Computer Engineering from the Rovira i Virgili University, Torrents currently works in the Big Data & Analytics department at HP Inc. - Large Format Printing (Barcelona), leading the artificial intelligence and machine learning group. She combines her work at HP with teaching at the Oberta University of Catalonia.

In total, the jury received and evaluated 95 entries for the main award of 3,000 euro and 42 entries for the youth award of 1,000 euro. All the candidates were judged on their training, professional activity in the technology sector, involvement in social dissemination, capacity for self-improvement and participation in initiatives to bring about changes towards greater equality.

Created in 2014, the Ada Byron Award is already established in a total of five countries and the University of Deusto hopes to extend it to other countries in Europe and Latin America, and, in the long term, to award an international prize.

Danobatgroup´s participation in the awards is part of its strategic talent management model, the backbone of which is the empowerment of its professionals and support for initiatives that seek to make the contribution of women in science more visible.

Moreover, fostering scientific vocations and keeping alive the passion for technology and research by contributing to actions such as this is key for the industrial group at a time when industry is facing major challenges such as the digitalisation and automation of production environments, and where multidisciplinary professionals in the STEM field are required.