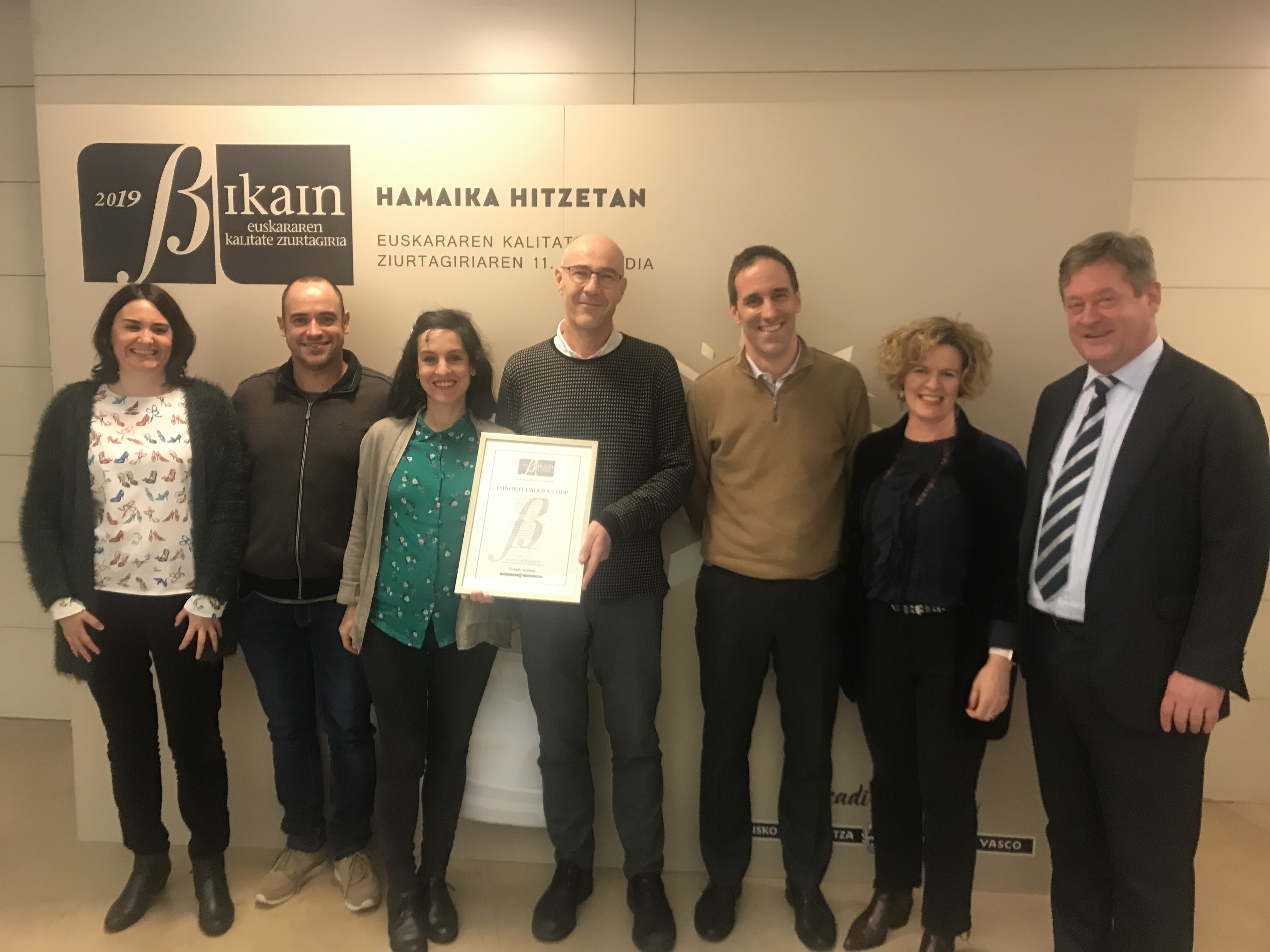 Representatives of Danobatgroup received yesterday 11 December the BIKAIN language quality certificate at the event presided by the Minister of Culture and Language Policy Bingen Zupiria, at the Kursaal palace.

The companies of the industrial group Danobatgroup are firmly committed to increasing the use, normalisation and management of the Basque language. Evidence of this is the co-responsibility that they feel for Basque within their social commitment and the steps that they have taken over the last 20 years with the aim of increasing the use of this language. In fact other cooperatives of the group such as Ideko, Latz, Soraluce and Goimek already have the silver Bikain certificate, while Danobat has the gold Bikain certificate.

BIKAIN is an official, public and free certificate awarded by the Basque Government, in collaboration with Euskalit, which accredits a certain level of normalisation in the presence, use and management of Basque in the socio-economic area. In the 11 years that the certification has been awarded, 400 public and private entities, both industrial and service providers, have attained this certification.