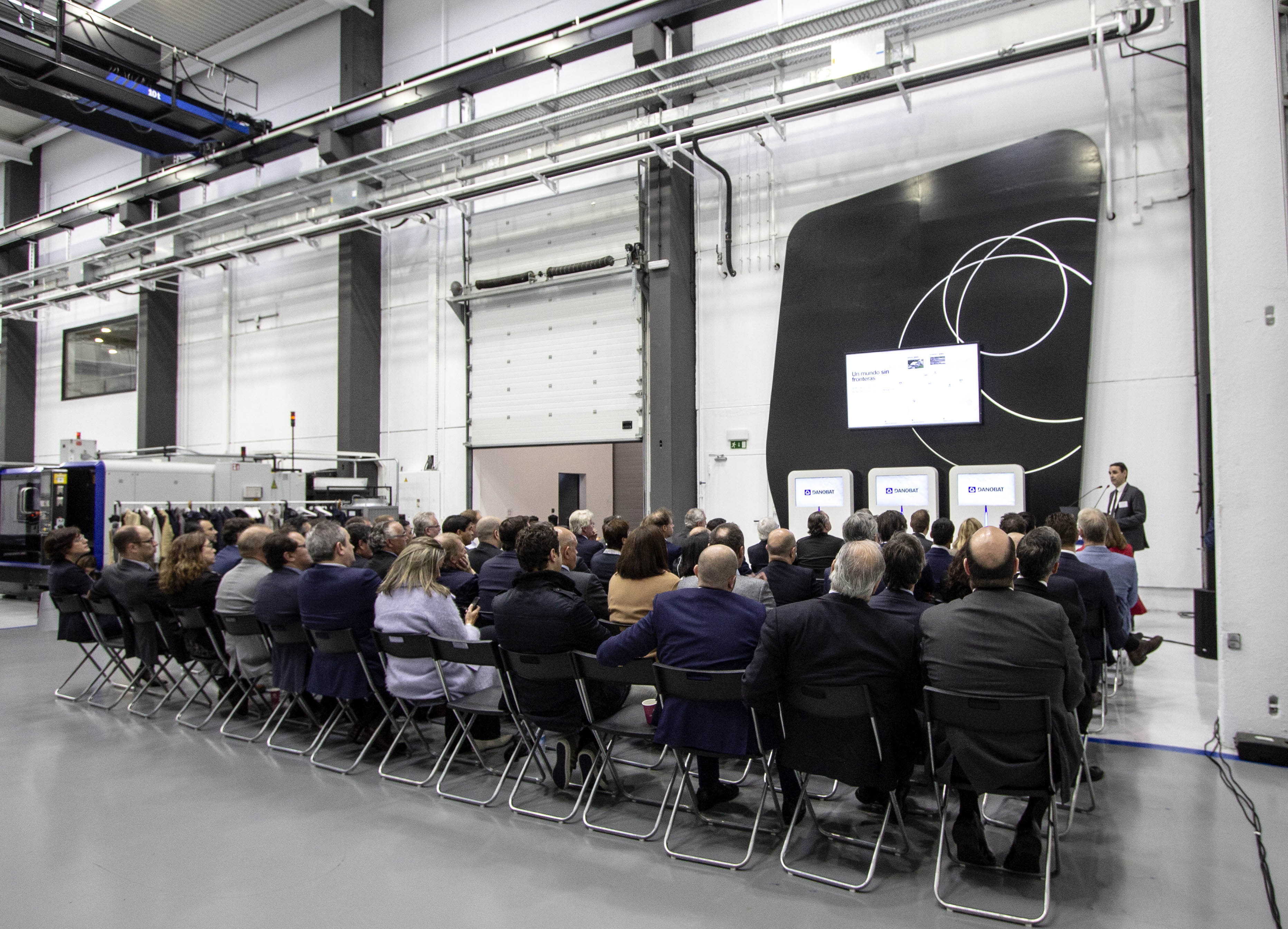 Elgoibar,24 May 2019.- The Basque machine-tool and production system manufacturer, DANOBAT,today hosted the 33rd Spanish-German Circle at its facilities, a business meeting that was used to strengthen the company´s commitment to the German market and thus reinforce its links with the central European country, the main commercial destination of the firm in Europe.

The event, which was attended by representatives from 90 German companies, or who have strong links with that country, was jointly organised by the German Consulate in Bilbao and by the German Chamber of Commerce for Spain.

The event was attended by the Government´s subdelegate in Bizkaia, Vicente Reyes, the German honorary consul in Bilbao, Michael John Voss and the executive director of the Chamber of Commerce, Walther von Plettenberg, who were welcomed by DANOBAT´s managing director, Xabier Alzaga, and by the president of MONDRAGON, Íñigo Ucín.

The group was able to visit the facilities of the machine tool manufacturer in the municipality of Elgoibar and its centre of excellence, a space equipped with the latest generation machinery for resolving the technical challenges of its customers through innovation.

"This meeting served to publicise the technological offer of our company, which specialises in the development of innovative solutions and high added value services directed at industry. It is also allowed us to share our capabilities as one of the principal machine-tool manufacturers in Europe. We are experts in the design and manufacture of precision solutions that are fully adapted to the needs of our customers, a factor that makes us their best allies for increasing competitiveness", said Alzaga.

With a track record of 65 years in the development of technologically innovative and fully customised solutions, the importance that DANOBAT attaches to the German market can be seen in DANOBAT-OVERBECK, a business of the company founded in 1924, which has a portfolio of more than 3000 customers and has produced more than 7900 machines installed in 95 countries.
Furthermore, DANOBAT has customers in the German market such as Siemens, Lufthansa, Rolls Royce Deutschland, Mahle, Sew, ZF, Ronal, Daimler, FAG, Kennametal, Man, SMS and MTU, others.

The manufacturer works for the most demanding sectors such as railway, automotive, capital goods and aeronautics. "Every 2 seconds an aircraft takes off equipped with turbines machined by our machines and 3 million people fly every day in aircraft that incorporate parts ground in DANOBAT machines" said Alzaga.

The holding of the Spanish-German Circle at the headquarters of the Basque firm is part of the commitment of DANOBATGROUP, an industrial group to which the company belongs, to internationalisation, the opening of markets and the search for new business opportunities.

The DANOBAT machine tool and production systems manufacturer specialises in offering solutions and services that are technologically advanced and fully adapted to the needs of customers for industrial manufacture.

Belonging to the DANOBATGROUP and integrated into the MONDRAGON Corporation, the company is strongly internationalised and manufactures high added value solutions.