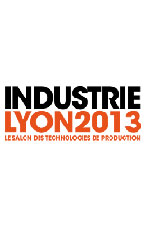 27-03-2013 - 27-03-2013
DANOBAT and SORALUCE, both members of DANOBATGROUP, will present their most innovative advanced technology and productive solutions for grinding, turning, sawing, drilling, milling and boring, at INDUSTRIE trade fair, which will take place from 16 to 19 April at the Euroexpo Lyon, France. This is the is the most important machine tool trade fair in France and DANOBATGROUP will be there on stand 6-Y106. In the same way as it has done at previous editions of INDUSTRIE, DANOBATGROUP hopes to strengthen its relationship with local and international clients so that it can face the current economic situation from a strong position.