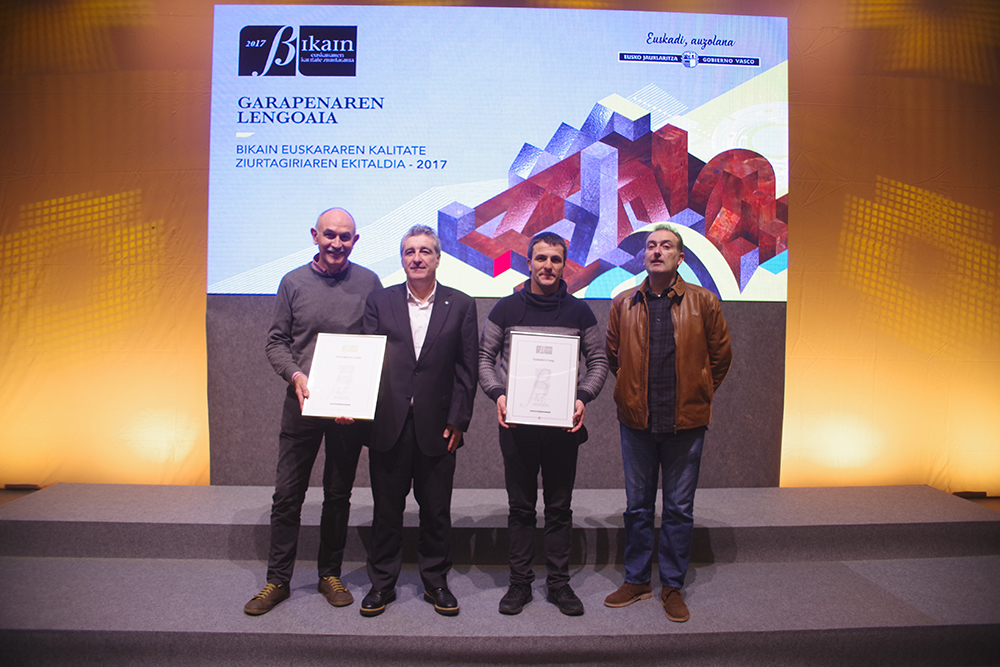 The companies of the industrial group DANOBATGROUP are firmly committed to increasing the use, normalisation and management of Basque. Evidence of this is the co-responsibility that they feel for Basque within their social commitment and the steps that they have taken over the last 20 years with the aim of increasing the use of Basque.

Moreover, GOIMEK submitted itself to the assessment process for the first time and after two days of assessment of the presence, use and management of Basque, they were awarded the silver certificate with a high score.

BIKAIN is an official, public and free certificate awarded by the Basque Government, in collaboration with Euskalit, which accredits a certain level of normalisation in the presence, use and management of Basque in the socio-economic area. In the nearly 10 years that the certification has been awarded, 500 public and private entities, both industrial and service providers, have attained this certification.

In addition to these, other cooperatives that make up the Group also hold the silver certificate. The technological centre IK4-IDEKO attained it in 2016 and SORALUCE and LATZ in 2015.

The co-operative Group wants to be an essential travel companion in the linguistic normalisation process, and is committed to continue working in linguistic management, given the importance and priority that Basque warrants.