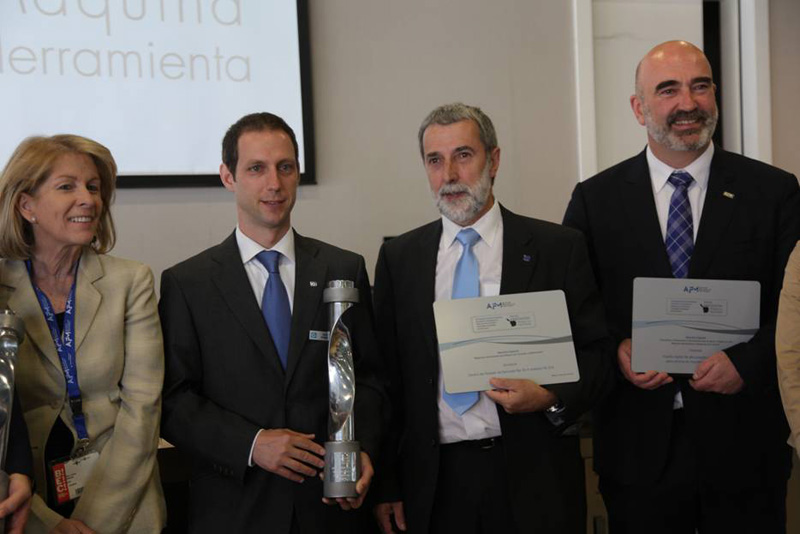 SORALUCE, winner of the Innovation in Machine Tools award

01-06-2012
SORALUCE has won at the BIEMH the National Prize for Design and Innovation in Machine Tools and Manufacturing Technologies in the Accessories, Component Parts and Tools category for its H200 model automatic indexing head. The optimisation of functional aspects and the possibility of continuous regulation of the axis prepared for automatic interchange were the main reasons behind the jury awarding this prize to SORALUCE. Angel Maria Mendia, R&D Manager, and Ibon Roman, one of the designers of the head, received the award and declared that «This prize is a factor that motivates us and helps us when it comes to putting our product on the market. We think that prizes like this are important as they motivate everyone and because they represent recognition of their work, more so as we are currently celebrating our 50th anniversary». In addition, SORALUCE also received a special mention from the jury for its TA-35-A model fixed bed milling centre. The company, which is a leader in the design and manufacture of Milling Machines, Milling-Boring Machines and Milling Centres with advanced technology and a high production level, declared its satisfaction with both prizes. SORALUCE, integrated in DANOBATGROUP, is exhibiting at the current Biennial Machine Tool Fair an FR-12000 travelling column milling-boring machine with automatic head interchange, patented modular quill system and patented ram balance system, as well as the award-winning TA-35-A fixed bed milling centre.