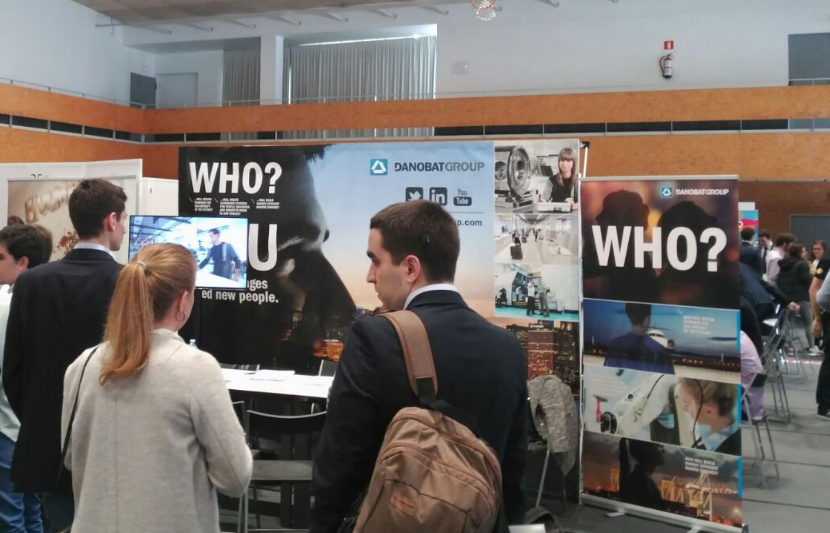 Danobatgroup taps into professional talent of the future

The industrial group Danobatgroup will be prominently present at the Employment Forum of the School of Engineering of the University of Navarra Tecnun, held for the 27th time on 27 and 28 February.

The machine tool manufacturer´s participation in the event, held in the Igara Building on the Ibaeta campus in Donostia-San Sebastian, fits the group´s commitment to attracting talent and will serve both to draw closer ties with the educational community and to facilitate direct contact with candidates who one day may work in one of the companies of the organisation.

The meeting will also enable the candidate engineers to gain a first-hand insight into the reality of the industrial manufacturing sector, a constantly evolving field marked by scientific and technological challenges, always at the forefront of innovation.

On the second day of the event, Danobatgroup will hold talks at the conference about the reality of the cooperatives of the Group and its human capital management strategy, focused on leadership and empowerment of its professionals.

Also on the 28th, the group will have its own stand located in the exhibition space of the venue, where company representatives will meet students personally who have come to learn about the reality of Danobatgroup, and answer specific questions and establish a direct contact.

"For us, this type of forum is a perfect opportunity to raise awareness of our sector and the important work carried out by the people who are part of it. We believe that what we do, combined with the high technological component and its strong international presence is a very enriching and attractive option for the engineers of the future", says the head of Social Management at Danobatgroup, Iker Usabiaga.

With a workforce of 1,300 and a decided vocation for innovation, Danobatgroup has a firm commitment to people, which is reflected in its presence in leading employment forums and its alliances with universities and educational centres.

In Usabiaga´s opinion, Danobatgroup´s participation in this type of event has advantages such as allowing direct interaction with the people who are currently being trained, getting to know their concerns first-hand and establishing ties that can lead to different types of collaboration, such as work contracts, placements as an initiation to the professional world, or doing end-of-career projects.

Danobatgroup has been participating in the Tecnun employment forum for over ten years. Their presence at this event adds to the group´s extensive agenda of activities in the field of human resources, which includes fairs, conferences, partnerships with universities and awards.

With the aim of continuing to foster its ties with the academic world, the promotion of scientific and technological vocations and equal opportunities for men and women, the group has recently joined in sponsoring the Ada Byron award for Women in Technology, given every year by the University of Deusto.