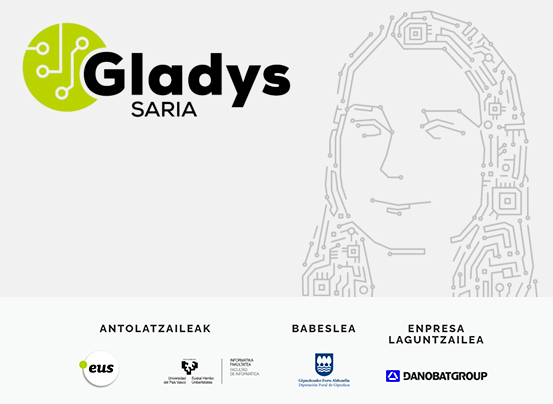 Equal opportunities is one of the cornerstones of Danobatgroup´s human capital and talent development management strategy. For this reason, the industrial group supports the first edition of the Gladys prize, an award that seeks to recognise the work of professional women in the digital environment and to disseminate their work, as well as to create references for young people in the field of IT.

“Encouraging women to embark on a scientific, technological and research career is key for the sustainability of the industrial sector, for the competitiveness of the productive fabric and for the promotion of innovation", says Iker Usabiaga, director of Social Management in Danobatgroup.

The winner of the Gladys Award will receive a prize of 3,000 euros. Also, as one of the objectives of the award is the creation of references to encourage scientific vocations, a video will be made of the winner’s career and she will also have the opportunity to give a motivational talk to the students of the kaixomundua.eus project, which promotes STEAM (Science, Technology, Engineering, Art and Mathematics) vocations.

These awards are open to women up to the age of 40, in any field related to the digital environment. Candidates may nominate themselves, or be nominated by third parties such as companies or entities, through the website gladyssaria.eus. The deadline for nominations ends on 18 June 2021.

The award pays tribute to the computer scientist Gladys del Estal and is promoted by the PuntuEUS Foundation and the Faculty of Computer Science of the University of the Basque Country, and is also sponsored by the Body for Equality of the Provincial Council of Gipuzkoa.

Danobatgroup´s support of these awards is added to the involvement in other initiatives to make the presence of women in the technological field visible, to promote scientific vocations and provide female references to the STEM field, such as the sponsorship of the Ada Byron awards, organized by the University of Deusto.