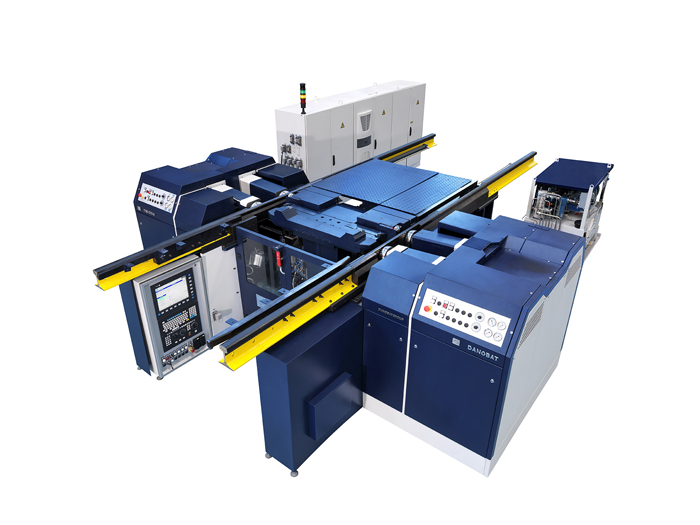 18-11-2013
DANOBAT, which manufactures equipment for the railway industry, has consolidated its international presence having secured an important order in France. On this occasion, the CUB , has awarded DANOBAT the contract for the delivery of an under-floor wheel lathe for the re-profiling of the Alstom Citadis tram wheel profiles, which will serve the city. At the same time, two units of shunting cars will be supplied. DANOBAT Underfloor wheel lathes are specifically designed for corrective maintenance of railway rolling surfaces and brake discs, with no need to dismantle the train axles and designed to regenerate the wheel profiles subject to normal wear and deformation caused by the transit of the wheels on the track. DANOBAT sees this project as a major challenge to consolidate its presence in the French market in projects where equipment for the maintenance of any kind of railway rolling surfaces is needed: trams, metros, freight transport, commuter trains, high-speed trains, etc. DANOBAT wants to transfer its experience in this domain to other French market industries and to third country projects managed by French engineering companies, operators and/or manufacturers of railway rolling stock. It is not the first time that DANOBAT wins similar projects managed by French companies. In fact DANOBAT has similar projects in the tramway of Brest, Tours, and Beçançon and it is neither the first time that machines Alstom Citadis trains as it does in Madrid metro and in the tramway of Jaen .