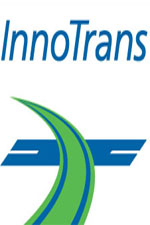 DANOBATGROUP RAILWAYS has recently developed a new and innovative ´Dynamic Bogie Test Rig´, model DTR-25. A equipment which has been specially designed with the collaboration of SKF, global leading supplier of bearing, mechatronic and condition monitoring systems for railways. The equipment will be officially introduced worldwide in the International Trade Fair for Transport Technology, INNOTRANS 2012, which will take place in Berlin from 18th to 21st September . The Dynamic Bogie Test Rig for Maintenance based on Condition is critical for the tasks of verifying, repairing and delivering bogies in optimal conditions, and therefore ensure its perfect functioning and quality.

The new equipment allows to simulate the trains movement on the rails at operation speeds of over 100km/h, while the train is in the workshop. This avoids the need of such tests while circulating. With this new concept of test rig, the savings in time are considerable and the user has the possibility to diagnose the situation of components that couldn´t be tested with previous technologies, optimizing the maintenance of the train. The data and value capture system which is integrated in the Dynamic Bogie Test Rig is fully configurable, depending on the measurements that the user needs to test, and includes a standard execution which will capture and manage the values of the most usual components. In addition to this new equipment, DANOBATGROUP RAILWAYS will exhibit at INNOTRANS the new model of Underfloor Wheel Lathe, which performs specific operations for the corrective maintenance of railway rolling stock, without having the need of disassembling them from the train. The lathe has been specifically designed for the reprofiling of the wheels and brakes which undergo the wearing out and deformation caused by the wheel-rail circulation. DANOBATGROUP RAILWAYS recently signed a collaboration agreement with the renowned German company KÜNSTLER BAHNTECHNIK, for the sales and after sales service of its products in the German-speaking countries. Both companies trust that the success of previous editions at INNOTRANS will also be repeated this time. If you would like get the invitation to take part in the fair, please fill the next form.