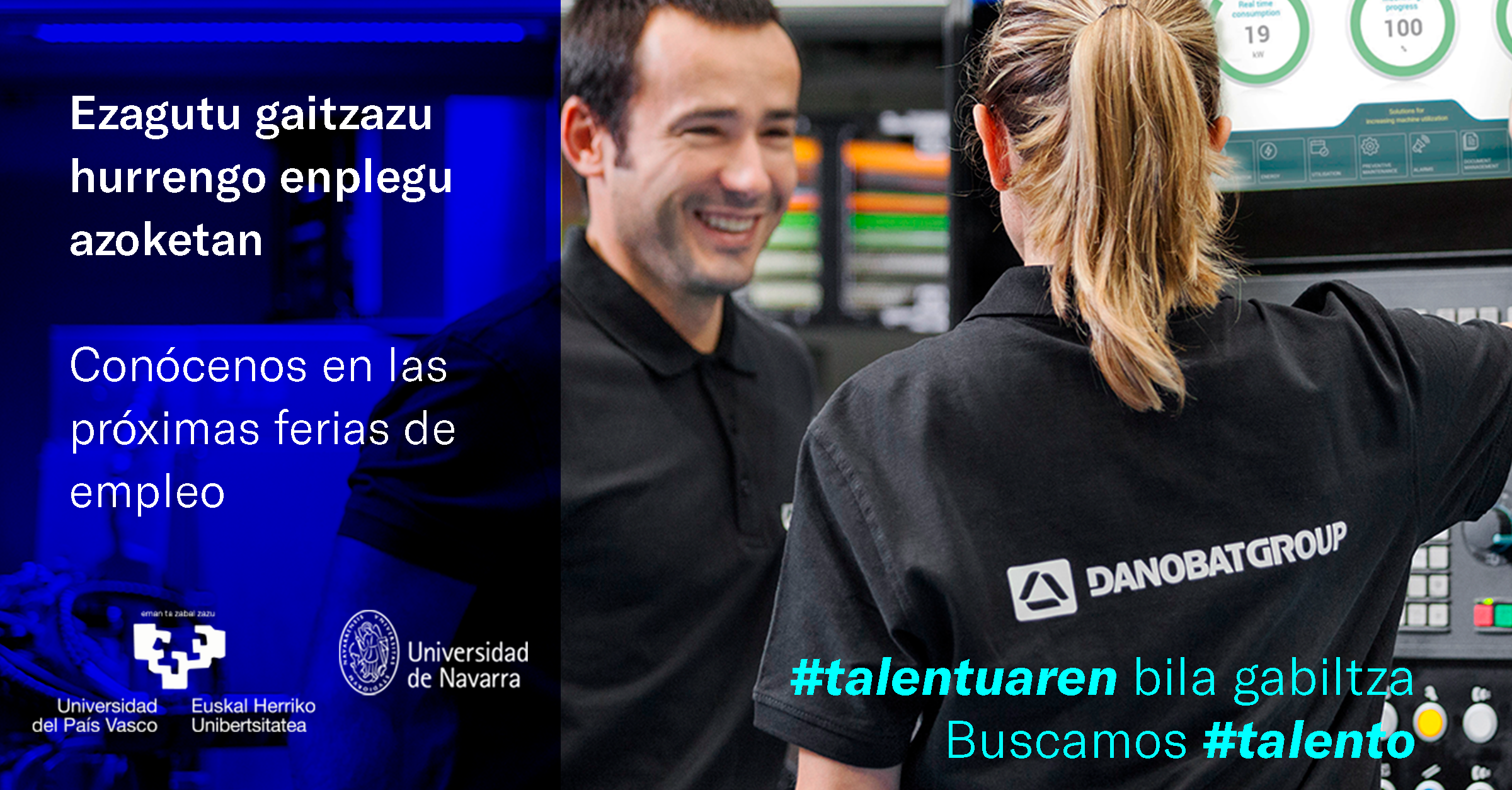 Danobatgroup maintains its commitment to talent in 2023

Danobatgroup will maintain an intense activity during the first quarter of 2023 by actively participating in employment forums organized by several universities. This commitment to attracting talent is largely due to the fact that the industrial manufacturing sector is undergoing far-reaching changes as a result of the irruption of new technologies. A transformation that requires new professional profiles capable of meeting the challenges, mainly those arising from the digitization of production processes. In this context, Danobatgroup seeks to promote relations with young people finishing their studies. A natural step that is part of its commitment to people and talent.

On the one hand, in February and March the industrial group will participate in two initiatives organized by the Tecnun - UNAV School of Engineering. The first of these, the Master Recruiting Day aimed at engineering master students, will take place on February 7, with Danobatgroup being present at the event to be held at the campus headquarters in Donostia (Basque Country). The second event of this University will take place on March 8 and 9 at the Job Fair, also in Donostia.

During these events, attendees will have the opportunity to interact with the Danobatgroup team and learn about the Group´s value proposition, the evolution that the industrial manufacturing sector is experiencing with digital technologies, as well as the type of profiles that different companies of the industrial group such as Danobat, Soraluce, Goimek and Latz need to incorporate to face the revolution of the smart factories of the future.

In addition, anyone interested in finding out about the various professional development opportunities currently offered by the Group prior to the fair can also visit the Group´s website.