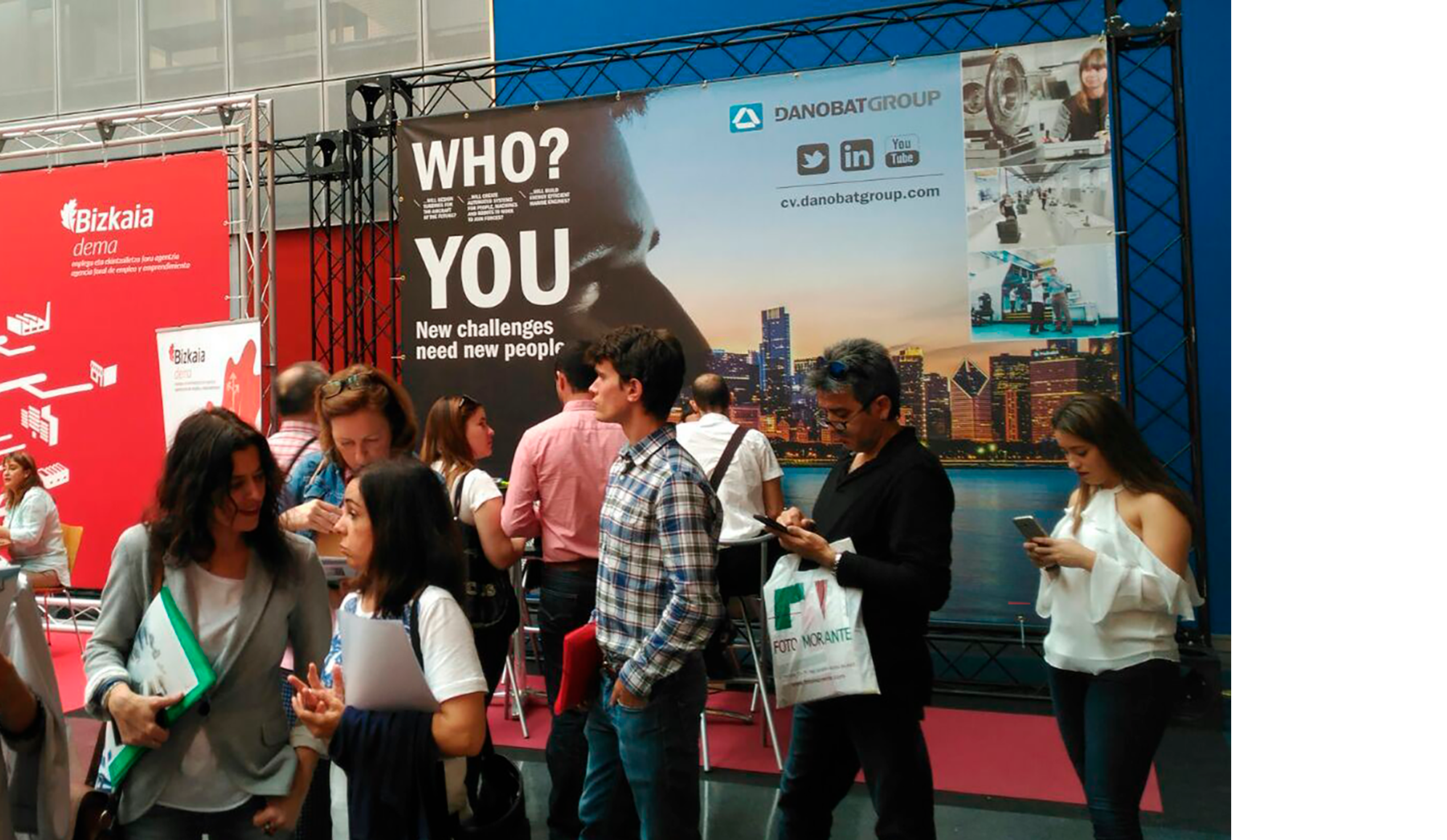 The industrial manufacturing sector is undergoing major changes due to the emergence of new technologies. New professional profiles are required that are able to face the challenges arising from the digitalisation of production environments.

In this scenario, Danobatgroup, which places people as one of the strategic axes of its activity, will have a prominent presence at the WORKinn Talent Hub job fair, an integral space for talent in the industrial field, which will be held from 13 to 17 June within the framework of the Biennial at the Bilbao Exhibition Centre BEC! in Barakaldo (Bizkaia).

More specifically, the manufacturer of machine tools and advanced production systems will have a space where it will present the company´s value proposition, the evolution that the industrial manufacturing sector is undergoing with digital technologies, as well as the profiles needed to be incorporated to face the revolution of the smart factories of the future.

During June 15th and 16th, the industrial group will also have the opportunity to introduce the attending public to the organisation´s strategic talent management model and the advantages of working in a highly internationalised group, which is committed to promoting personal development and has a clear vocation for technological development and innovation. The event will also establish a first contact between those people who might be interested in Danobatgroup and the group´s cooperatives, so that CVs can be handed out, in-depth interviews can be arranged, and visits to the group´s different facilities can be organised.

In addition, anyone interested in finding out about the various professional development opportunities currently offered by the group prior to the fair can do so by visiting the group´s website.

For Danobatgroup, fostering relationships with young people who finish their studies is a natural step that is part of its commitment to people and talent. This commitment even extends to those who have not yet finished their studies, facilitating their incorporation into the labour market through dual formats. "We want them to get to know our business model, which places people at the centre of the strategy, through measures such as continuous learning, while also making it easier for them to lead their own careers", explains Iker Usabiaga, Director of Social Management at Danobatgroup.

Commitment to equality in industry

WORKInn Talent Hub, now in its fifth edition, has become a truly comprehensive talent space. This year, in addition to the promotion of employment, training, future skills and professional development, the integration of women in the industrial field will be one of the main themes of all the activities that take place within the framework of the fair.

In this regard, Danobatgroup maintains a strong support for gender equality in the industrial field and seeks to encourage women´s access to scientific, technological and research careers. This is a key issue, according to the group´s Social Management Director, "to guarantee the competitiveness and sustainability of the industrial fabric".

In this respect, the machine tool manufacturer has already drawn up practically all the equality plans of the group´s co-operatives and collaborates in various initiatives associated with the promotion of female vocations in the STEAM field, such as sponsorship of the Ada Byron awards or the Gladys Award, which recognises the work of professional women in the digital environment,  and which second edition of which was launched last May.

With 65 years of experience in industrial manufacturing, Danobatgroup is made up of more than 1,300 highly qualified people. The group is an international benchmark player in the machine tool and advanced production systems sector.