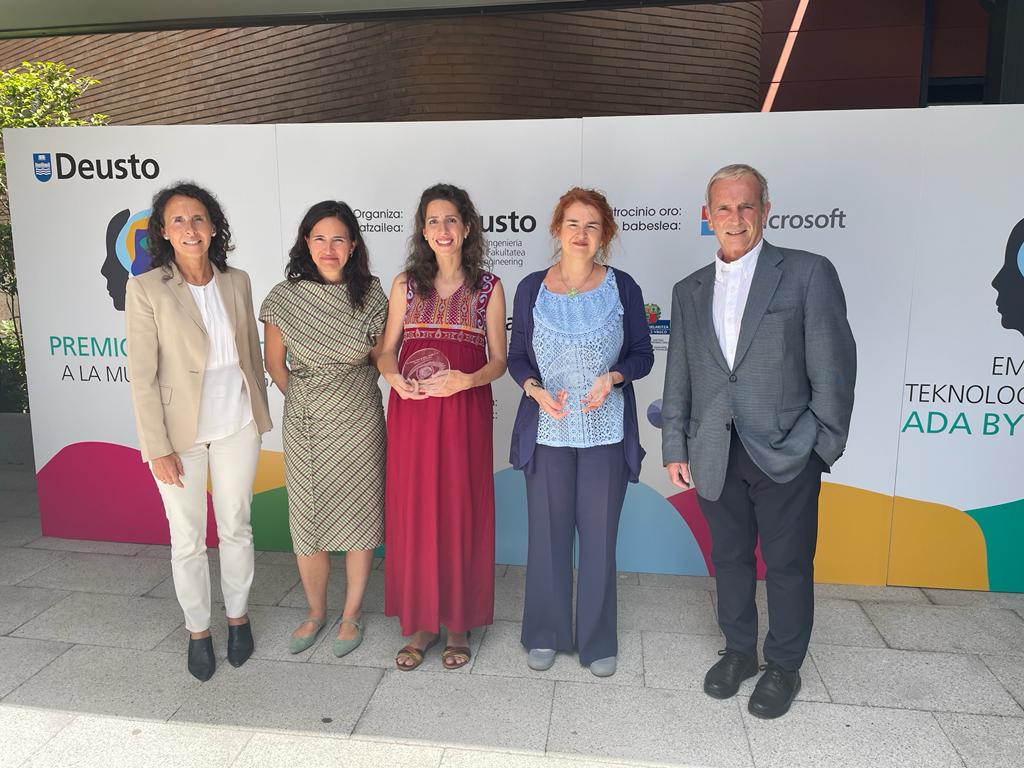 Danobatgroup reaffirms its commitment to promoting female scientific talent with its presence at the prize-giving ceremony of the Ada Byron Awards for Women Technologists, which this year recognised the work of the researcher and specialist in radio astronomical observations Lourdes Verdes-Montenegro, in the senior category, and that of Julia Guiomar, a researcher in the study of early markers of Alzheimer´s disease, in the young category.

These awards, which aim to promote female vocations in the field of research and technological development, were also attended by Nerea Aranguren, Director of Innovation at Danobatgroup, who was present at the ceremony in addition to having been a member of the jury for the awards. She also presented this year´s Ada Byron award in the young category to the researcher Julia Guiomar Niso..

The industrial group is one of the sponsors of the awards together with entities and companies such as Microsoft, the Provincial Council of Bizkaia and Emakunde-Basque Women´s Institute. Innobasque and the Basque Health Cluster are also collaborating in the competition.

Award for excellence in radio astronomy

The Ada Byron Awards for Women in Technology 2022 have recognised the work of the Andalusian Lourdes Verdes-Montenegro, PhD in Physics from the University of Granada and Senior Scientist at the Severo Ochoa Centre of Excellence (former IAA-CSIC), in the multi-frequency study of the evolution of galaxies, with special emphasis on radio astronomical observations.

The Catalan Julia Guiomar Niso Galán received the Ada Byron Youth Award for her studies in the field of biomedicine from Danobatgroup´s Director of Innovation, Nerea Aranguren. With a PhD in Biomedical Engineering from the Biomedical Technology Centre of the Polytechnic University of Madrid and a degree in Telecommunications Engineering from the ETSIT of the same university, Niso focuses her research on the study of brain dynamics, specifically in electrophysiology.

In this edition, the jury of the awards received and evaluated 117 candidatures for the main prize, endowed with 3,000 euros, and 37 for the youth prize, endowed with 1,000 euros. Created in 2014, the Ada Byron Award is already present in a total of six countries and the University of Deusto hopes to extend it to other countries in Europe and Latin America, and, in the long term, to award an international prize. In this sense, the great novelty of the ninth edition is that the award is being extended to Chile, where it will be presented next September.

Danobatgroup´s participation in the Ada Byron awards is part of its strategic management of talent, which has as its backbone the empowerment of its professionals and support for initiatives that seek to make visible the contribution of women in science, promoting STEM vocations, such as these awards. All this, to maintain the sustainability of the industrial sector, for the competitiveness of the productive fabric, as well as for the promotion of innovation.