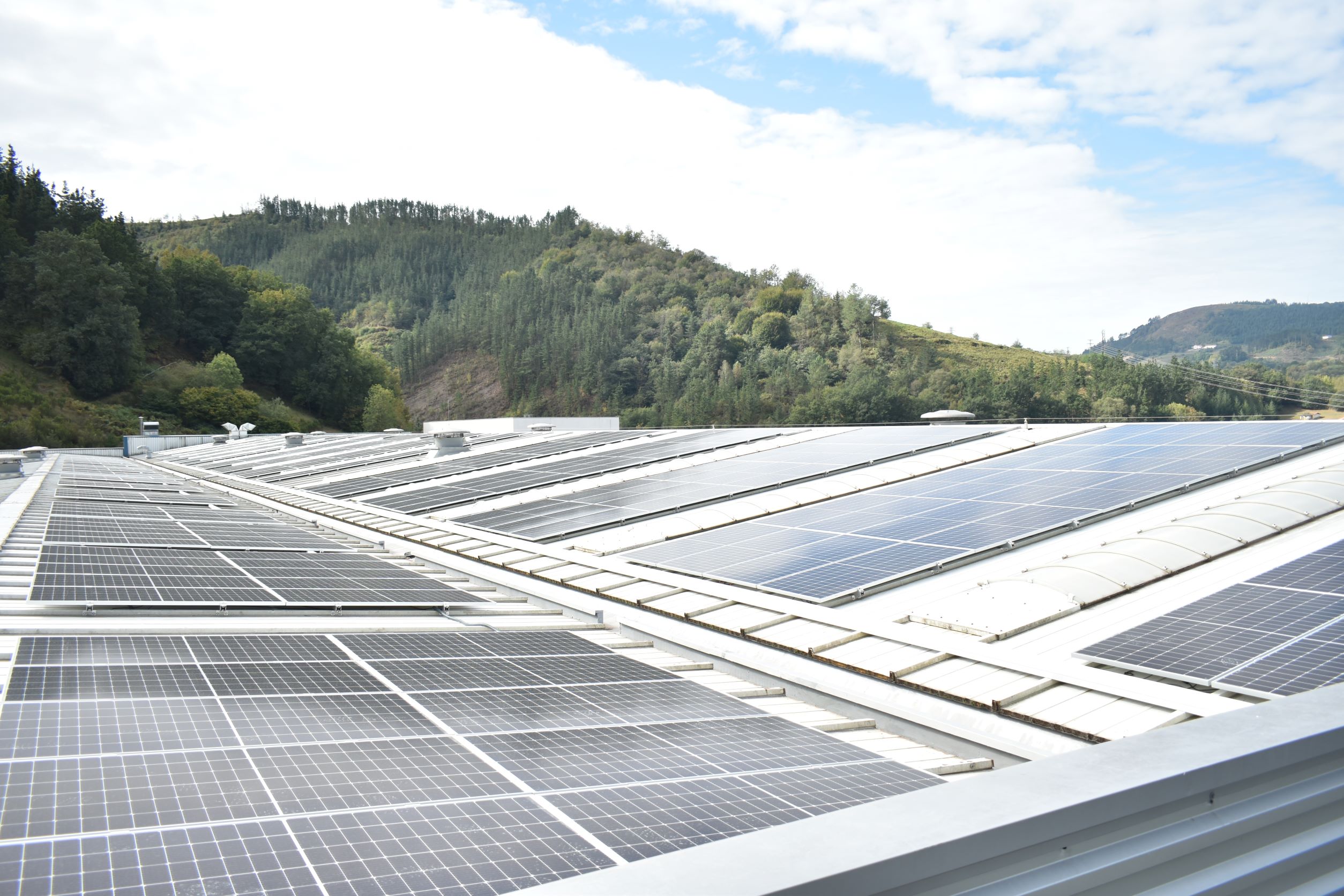 Danobatgroup´s commitment to the environment and to a more sustainable society has materialised in the industrial group taking action aimed at reducing its greenhouse gas (GHG) emissions and stepping up the efforts against climate change. This ambitious commitment, and fundamental part of our R&D&I strategy, not only includes measures such as the use of renewable energy sources at the plants of the cooperative companies, but also encompasses the development of processes, products and services that contribute to reducing the consumption of energy and natural resources.

Specifically, two of the lines of work undertaken by the Danobatgroup cooperatives to optimise energy costs and commit to policies of sustainability and energy efficiency consist of developing projects to reduce energy consumption and optimising the use of renewable energies

As part of this strategy, the industrial group has successfully set into operation the solar panels at the Danobat and Ideko facilities in Elgoibar, and plans to complete the installation of these panels at Soraluce in Bergara by the end of the year. This project began six months ago, with the aim of reducing the cooperatives´ dependence on external energy and move towards self-sufficiency in electricity.

This implementation, totalling an investment for the group of around 1 million euro, will generate between 15 and 18% of the total electricity consumption of the different companies, which equals around 5,000 megawatts per year, and thus reduce their GHG emissions accordingly.

In addition to the energy benefits of using solar power, there are another two major advantages of this system: electricity generation can be started immediately after installation and solar panels require very little maintenance. According to Vicente Mujika, operations director of Danobatgroup, "rainwater is sufficient to clean the panels naturally; apart from that it is only necessary to avoid breakages, to ensure that the electrical connections are in good condition and that there is no damage to the shelter to guarantee optimum operation. This system has a very limited efficiency loss of just 2% per year and the life span of the panels is around 25 years.

This investment is a further link in the chain of actions aimed at modernising and optimising infrastructures by Danobatgroup, which has already begun to modernise its infrastructures and facilities, to introduce energy and environmentally friendly criteria, and to design and develop products that contribute to reducing their environmental impact throughout their life cycle. The industrial and technological core of the group makes it possible to combine these initiatives with different digital and artificial intelligence tools to optimise the efficiency of manufacturing systems, among other actions.

Danobatgroup´s commitment to the environment is one of its hallmarks, which translates into a respectful management of resources and sustainable growth under parameters of protection and care for the environment, in line with the United Nations Sustainable Development Goals.

To achieve its environmental commitments, Danobatgroup has also partnered with Basque entities to support initiatives in society. In this respect, the group has invested in the EKIAN project, promoted by the Basque Energy Board and KREAN (MONDRAGON Corporation). It is the largest solar energy park in the Basque Country, generating 40,000 million watts per year, the equivalent of the annual electricity consumption of 15,000 families.

This action, which represents a leap forward in terms of sustainability, is part of Danobatgroup´s 2021-2024 Strategic Plan, which introduces ESG (Environmental, Social and Governance) criteria among its priority strategic lines of action for this period.

With 65 years of experience in the field of industrial manufacturing, Danobatgroup employs some 1,400 highly qualified people. The group is an international benchmark in advanced production systems and the machine tool sector.